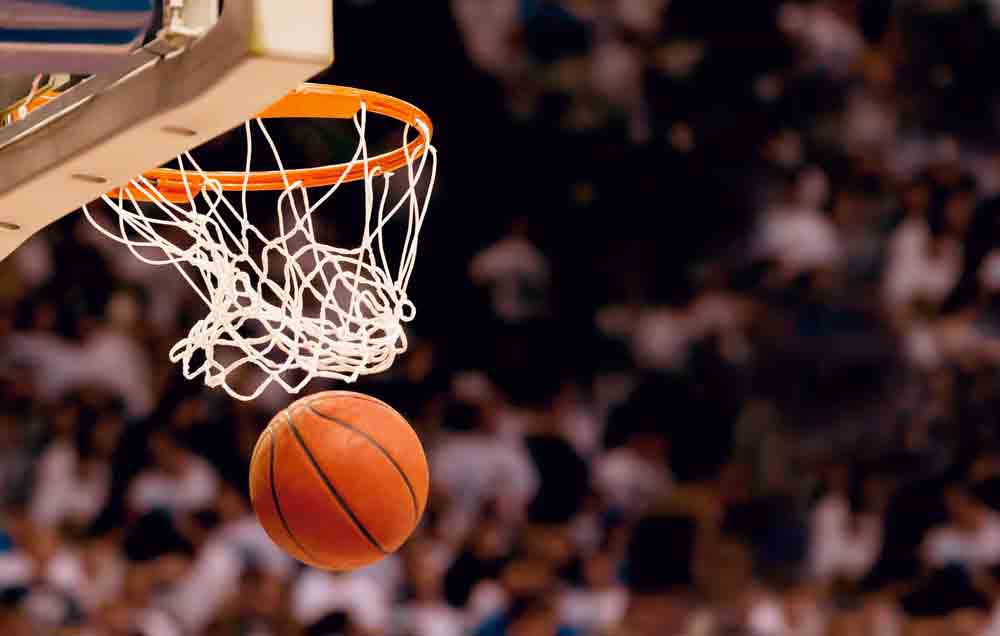 Every other youngster is wondering how to play basketball. Basketball is one of the most popular games in the world. It was first played around a hundred and twenty-five years ago. Basketball is pure entertainment. Playing basketball involves many things, mainly skills and talent. When you play it the right way, it can be a lot more fun, but when things get a little bit of opposing team, you can hurt yourself or your basketball team or your opponent. That’s why playing basketball with the proper knowledge and practice is very necessary. It also includes a lot of teamwork to play basketball properly.

Things to know Before Learning How to Play Basketball

The key points and rules of basketball are not very difficult. By following some main tips that you’ll learn here, you can play basketball properly.

You need to get the right gear for the basketball game. The right equipment will help you in sports, and it will improve your game and help you prevent injury.

Physical fitness in playing basketball is mandatory. If you are physically fit, there are fewer chances of injuries and any other accidents. You should do proper exercise and take a healthy diet to increase your stamina and boost your health. Start doing exercise at home regularly.

The Keypoints of  Playing Basketball

Basketball’s main target is to score the points by throwing the ball in the hoop of the opposite team. You have to follow the basics that we are going to tell you to play basketball more professionally.

It’s one of the exceptionally main key points of basketball. It takes a lot of practice and dedication to dribble correctly like a pro. At first, start with dribbling between two hands by standing in a single position. Once you get comfortable with that, then start practicing these moves running down the court. Keep practicing on some very advanced dribbling skills so that it would be challenging for the defender to predict your move.

Basketball includes a lot of footwork and running. Because of playing in a small area, fast movement is very much important. To do so, you must train your leg muscles only; then, there will be fewer chances of injuries. Place your foot very consciously and maintain the balance of your body.

Every game which includes the ball in it requires excellent handling skills. If you are not good at handling the ball, then you cannot be a great player. As in basketball, you must develop your skills in handling the ball. Only then can you be a good player.

As you know, basketball is a team game, so teamwork is significant in the game. You should always be focused on the ball and the other player and always be ready to catch the pass. There are different kinds of a pass in basketball. You must have to learn some tricks and skills for passing the ball, so there could be no chance for the opponent to steal your ball.

All the struggle and hard work will go in vain if you cant shoot correctly. For shooting the ball accurately, you should maintain your mental attitude, balance your body, control your feet, and maintain a stance. It would be best if you used the power of both arms and legs for a perfect shot.

What’s the quickest, easiest way to understand how basketball is played?

Basketball is a sport that most people know how to play. But for those who don’t, here’s a guide on how to play this very entertaining sport.

First, you’ll need at least one other person to play with. Find an open space, like a park or basketball court, and set up some boundaries. If you’re playing indoors, you’ll also need a ball.

Now that you have your space and equipment, it’s time to start playing. The object of the game is to shoot the basketball into the other person’s hoop. You can do this by throwing it or shooting it with a net. If you miss, the other person gets a chance to shoot.

The first person to score 11 points, or whoever has the most points at the end of the game, wins.

Now that you know how to play, it’s time to put your skills to the test. So grab a friend and get out there!

What Should a Basketball Player Not Do?

A lot of things. Here are some examples:

This is a lot of things that shouldn’t be done in basketball, but rules are made to be followed, so just do it!

There are many bodies that regulate the sport of basketball. Here are just some examples:

FIBA is the international governing body for men’s and women’s basketball. They oversee all aspects of international competitive play, including worldwide competitions like the Olympics Games. The NBA is the National Basketball Association – it consists of 30 teams in major cities across North America. The NCAA is the National Collegiate Athletic Association – they regulate college basketball.

The NBA and FIBA often clash over rules and regulations, because there are many differences between their two styles of play. One example of this is the dunk shot, which was first made a legitimate play in the NBA but has been banned by FIBA for a number of years.

There are also many other leagues and organizations that govern basketball at the local, state, and regional levels. These include high school athletics, AAU tournaments, and club teams. No matter what level you play at, there is always someone who is in charge of making sure the game is played fairly and safely.

So now that you know all about the rules and regulations of basketball, it’s time to go out and play! Just make sure you follow the rules, or you might end up getting a technical foul. Have fun!

How Does Scoring Work in Basketball?

It’s simple, really. There are always two teams playing against each other, and the object of the game is to score more points than your opponent by shooting the ball into their basket.

You can get a point for either shooting it in yourself or having someone else shoot it in for you. You get two points if you make a shot from behind the three-point line, and one point for a shot from anywhere else on the court.

If you’re playing with two teams, whoever has more points at the end of forty minutes wins. If it’s a tie, then play an extra five minutes to break the deadlock.

There are other ways to score points as well, like by getting a steal or forcing your opponent to turn the ball over. But those are a little more complicated, so we’ll save them for another day.

There are 5 distinct kinds of basketball fouls:

1. Personal foul – This is the most common type of foul, and it’s basically any kind of contact other than a clean block or rebound. It can be anything from pushing an opponent out of bounds to tripping them up.

2. Technical foul – This is a more serious type of foul, and it’s given when a player or coach commits a more serious offense. This can include slamming the ball down after a bad play, leaving the bench during an altercation, or refusing to leave when asked by an official. It’s called a technical foul because the offender gets charged with shooting one free throw and keeping possession of the ball.

3. Flagrant foul – If someone commits a flagrant foul, then they are immediately disqualified from the game. These are usually given for either harsh contact or excessively dangerous conduct. Like if someone swings an elbow when there’s no reason to, it’s likely they’ll get charged with a flagrant foul. A flagrant foul can also be called on someone who punches or kicks another player.

4. Offensive foul – This is a foul that’s called when the offensive team commits a violation, like traveling or illegal dribbling.

5. Defensive foul – This is the opposite of an offensive foul, and it’s given to the defensive team when they commit a violation. These can include things like holding or blocking an opponent illegally.

Basketball is the most popular sport in America, and it has been for a long time. More kids play basketball than any other sport, so it’s important to know the rules and regulations surrounding the game.

There are two main organizations that govern basketball at different levels: high school athletics and club teams are governed by the National Federation of State High School Associations (NFHS), while the NBA and other professional leagues set the rules for how basketball is played at the highest level. FIBA, or Federation Internationale de Basketball, governs the game internationally.

Each organization has its own rulebook, and it can be a little confusing to keep track of all the different regulations. But don’t worry, we’re here to help! In this article, we’ll go over the basics of how to play basketball. We’ll discuss the rules of the game, how scoring works, and some of the more common types of fouls.

The Most 8 Common Basketball Violations

1. Traveling – This is a common violation where the player dribbles the ball too much, and it happens when a player takes more than one step without dribbling. A traveling violation will result in either a turnover or a jump ball.

2. Double dribble – Also known as “double-dribbling”, this is when a player dribbles the ball and then immediately dribbles it again. This is another turnover or jump ball.

3. Illegal dribble – This happens when a player dribbles the ball with their hand below their waist. If an opponent steals the ball, it’s called a “clear path foul” and they get two free throws plus the ball.

4. Illegal screen – This happens when a player sets a screen for another player and it results in contact. The screener is not allowed to move after they’ve set the screen, and they can’t touch the player they’re screening.

5. Charging – This is when a player runs into an opponent who has established their position, and it results in them being pushed back. The rule is that you have to be moving backward when contact occurs.

6. Pushing – Pushing happens when one player uses their hands or body to shove another player out of bounds without the ball touching them. If the person being pushed falls down, they get two free throws.

7. Stealing – This is when a player takes the ball away from an opponent who’s in control of it.

8. Rebounding – A rebound is when a player grabs the ball after it has been shot by the other team and missed.

Why is it called a free throw?

A free throw is a type of foul shot, and it’s awarded when someone commits a certain type of infraction. The player gets to take the shot unopposed, and they’re usually given the opportunity to shoot from the free-throw line. If they make the shot, then they get one point added to the score. If they miss, then they get one or more points taken away from their score.

Basketball has a lot of rules and regulations that can get confusing, but it’s really not that complicated once you get the basics down. Just remember: 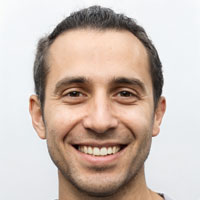 The reason why we set out to create a website is that it's not easy to buy things in everyday life. We want people looking for what they need, and after lots of brainstorming, decided the best way was through our site!

Here at MarshalCart, we ensure that the reader gets accurate and detailed information about different products that they may be interested in by providing a wide range of information and models regarding that backpacks hence making the job and selection easy. 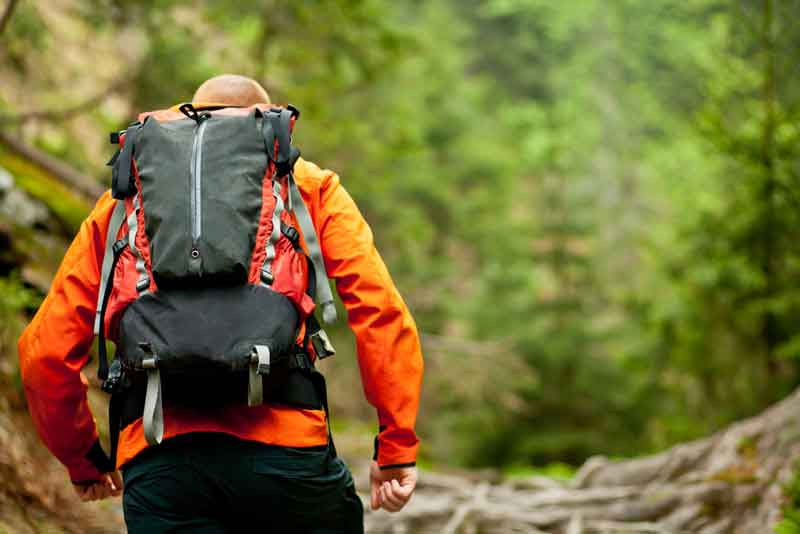 The Perfect Way to Transport Your Fire Pit with a Backpack 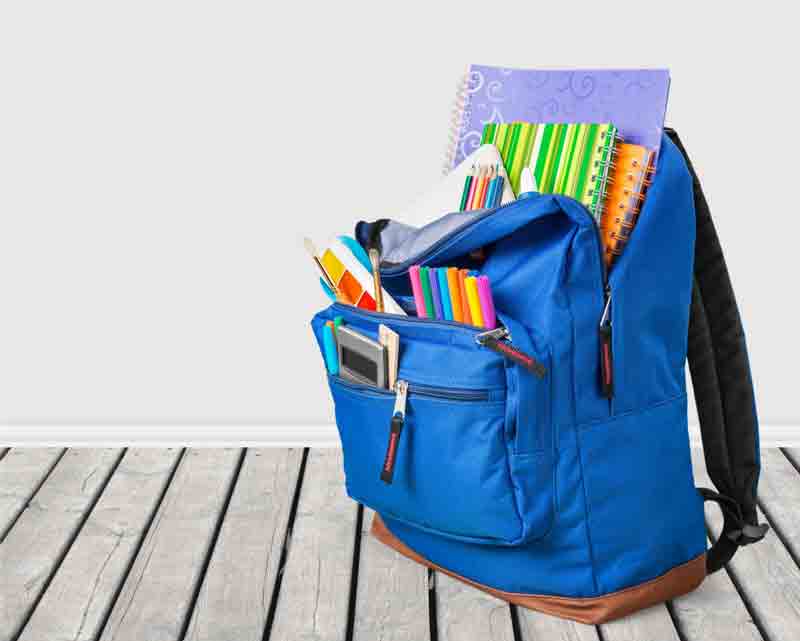 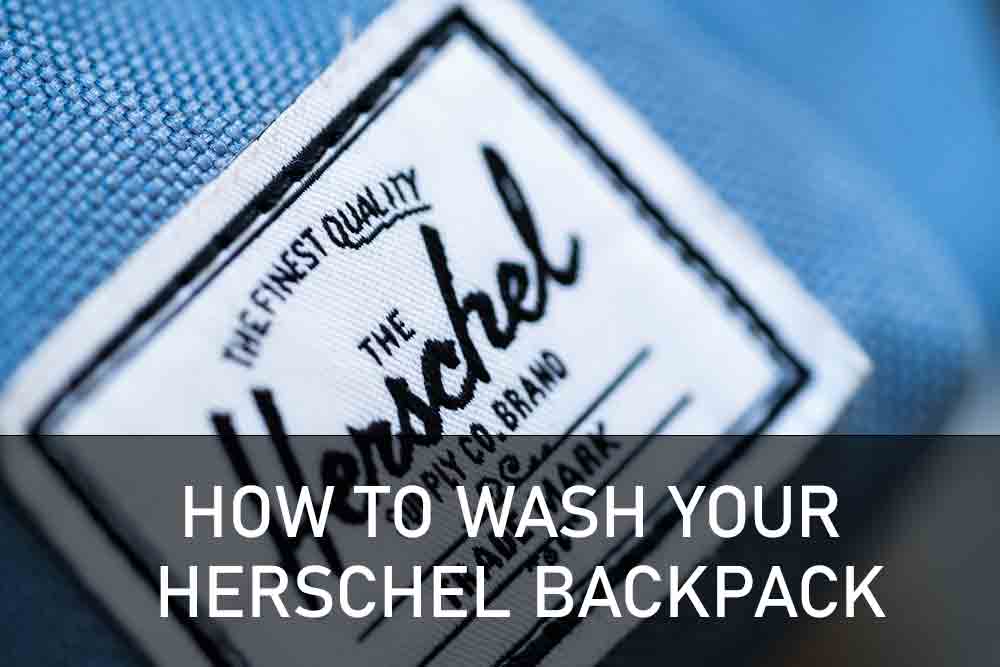 How to Wash Your Herschel Backpack 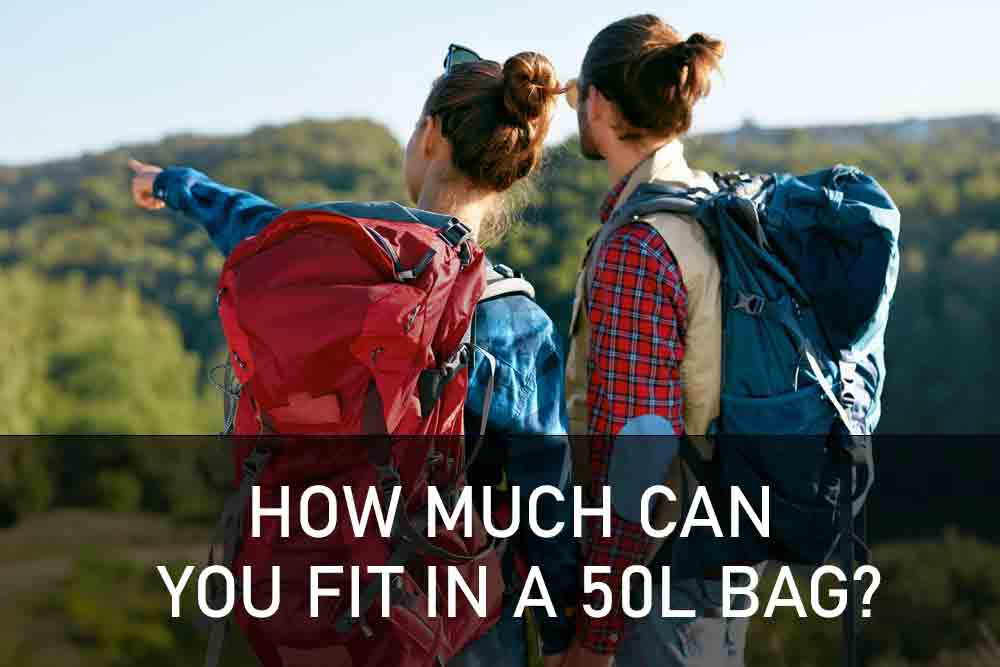 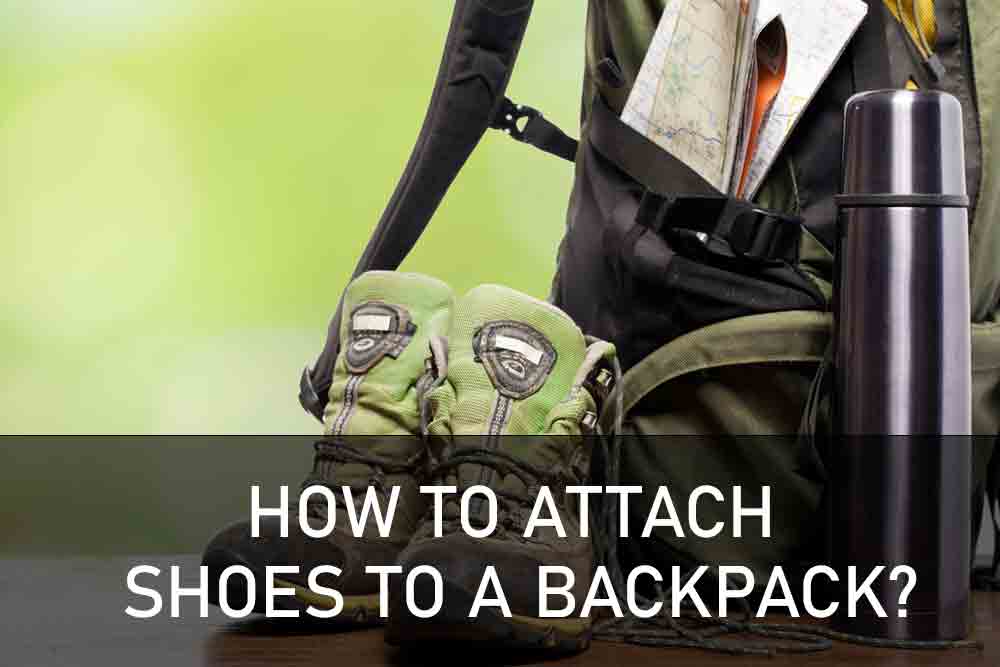 How to Attach Shoes to A Backpack? 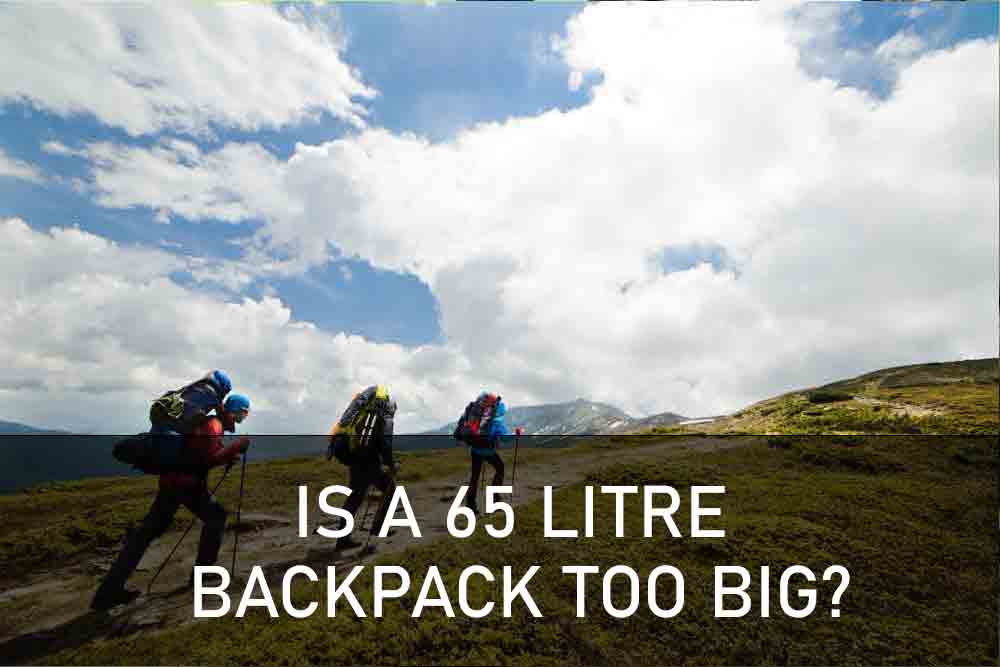 Is a 65 Litre Backpack Too Big?

Did you see our favorites?